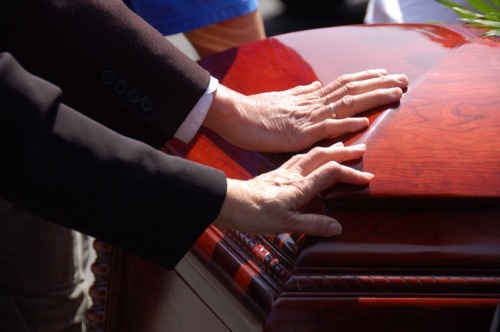 Proverbs‬: 14
“Every wise woman buildeth her house: but the foolish plucketh it down with her hands. He that walketh in his uprightness feareth the Lord: but he that is perverse in his ways despiseth him. In the mouth of the foolish is a rod of pride: but the lips of the wise shall preserve them. Where no oxen are, the crib is clean: but much increase is by the strength of the ox. A faithful witness will not lie: but a false witness will utter lies. A scorner seeketh wisdom, and findeth it not: but knowledge is easy unto him that understandeth. Go from the presence of a foolish man, when thou perceivest not in him the lips of knowledge. The wisdom of the prudent is to understand his way: but the folly of fools is deceit. Fools make a mock at sin: but among the righteous there is favour. The heart knoweth his own bitterness; and a stranger doth not intermeddle with his joy. The house of the wicked shall be overthrown: but the tabernacle of the upright shall flourish. There is a way which seemeth right unto a man, but the end thereof are the ways of death. Even in laughter the heart is sorrowful; and the end of that mirth is heaviness. The backslider in heart shall be filled with his own ways: and a good man shall be satisfied from himself. The simple believeth every word: but the prudent man looketh well to his going. A wise man feareth, and departeth from evil: but the fool rageth, and is confident. He that is soon angry dealeth foolishly: and a man of wicked devices is hated. The simple inherit folly: but the prudent are crowned with knowledge. The evil bow before the good; and the wicked at the gates of the righteous. The poor is hated even of his own neighbour: but the rich hath many friends. He that despiseth his neighbour sinneth: but he that hath mercy on the poor, happy is he. Do they not err that devise evil? but mercy and truth shall be to them that devise good. In all labour there is profit: but the talk of the lips tendeth only to penury. The crown of the wise is their riches: but the foolishness of fools is folly. A true witness delivereth souls: but a deceitful witness speaketh lies. In the fear of the Lord is strong confidence: and his children shall have a place of refuge. The fear of the Lord is a fountain of life, to depart from the snares of death. In the multitude of people is the king’s honour: but in the want of people is the destruction of the prince. He that is slow to wrath is of great understanding: but he that is hasty of spirit exalteth folly. A sound heart is the life of the flesh: but envy the rottenness of the bones. He that oppresseth the poor reproacheth his Maker: but he that honoureth him hath mercy on the poor. The wicked is driven away in his wickedness: but the righteous hath hope in his death. Wisdom resteth in the heart of him that hath understanding: but that which is in the midst of fools is made known. Righteousness exalteth a nation: but sin is a reproach to any people. The king’s favour is toward a wise servant: but his wrath is against him that causeth shame…”

Do you have questions about a relationship with ~JESUS~ Christ???

Tell us by using the links below:

Have Peace With ~GOD~

Find Your Hope In ~JESUS~ Christ…